home before the storm 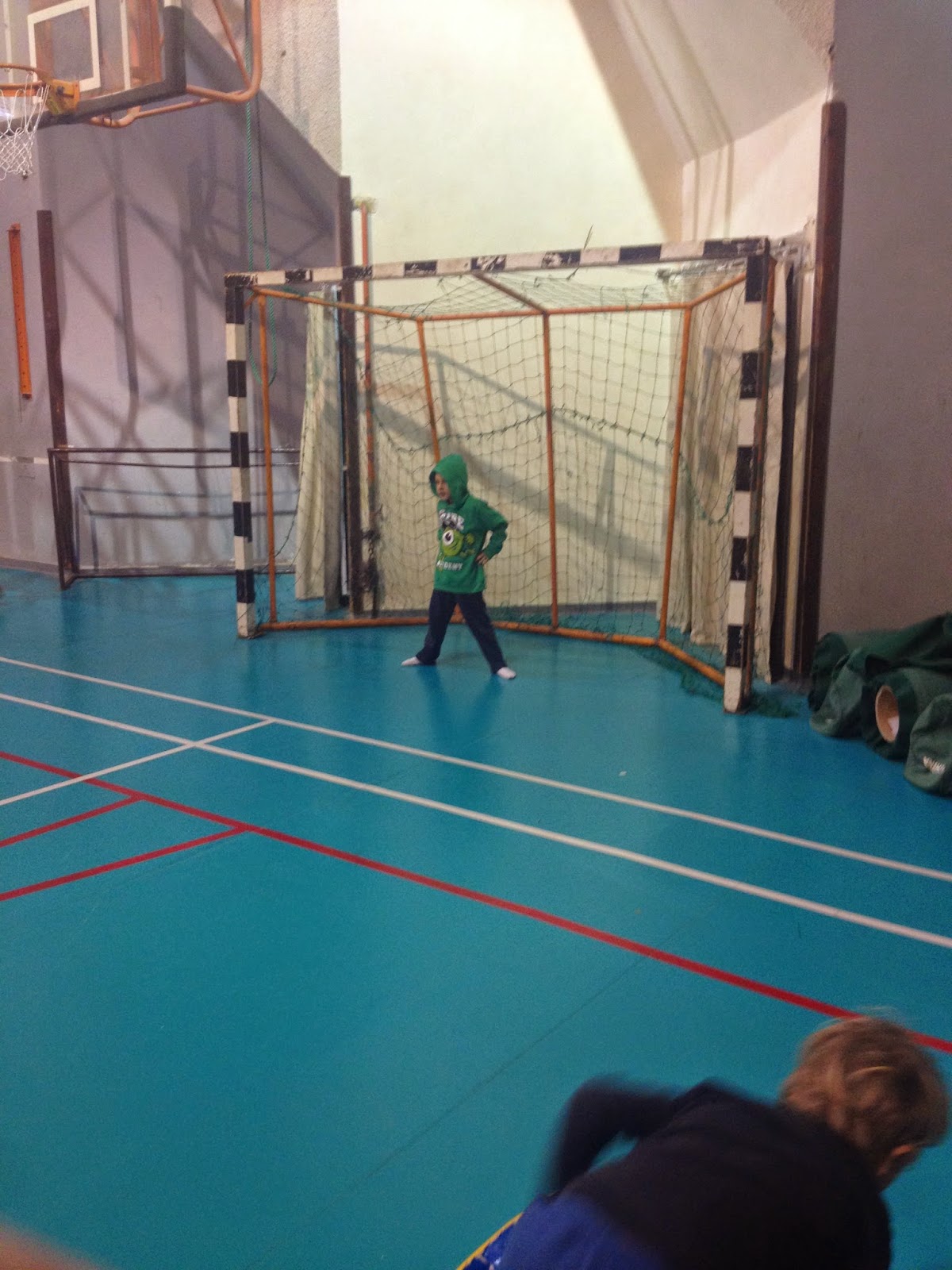 Encouraged by some of you I shall tell you more about my experiences as a busy grandmother.But it will be short because of the weather circumstances.
I had to leave earlier today because every one is talking about the big storm .
Before I left we had some grandmothers activity like football and gymnastics.
The storm is not here yet  but they are still talking about it. 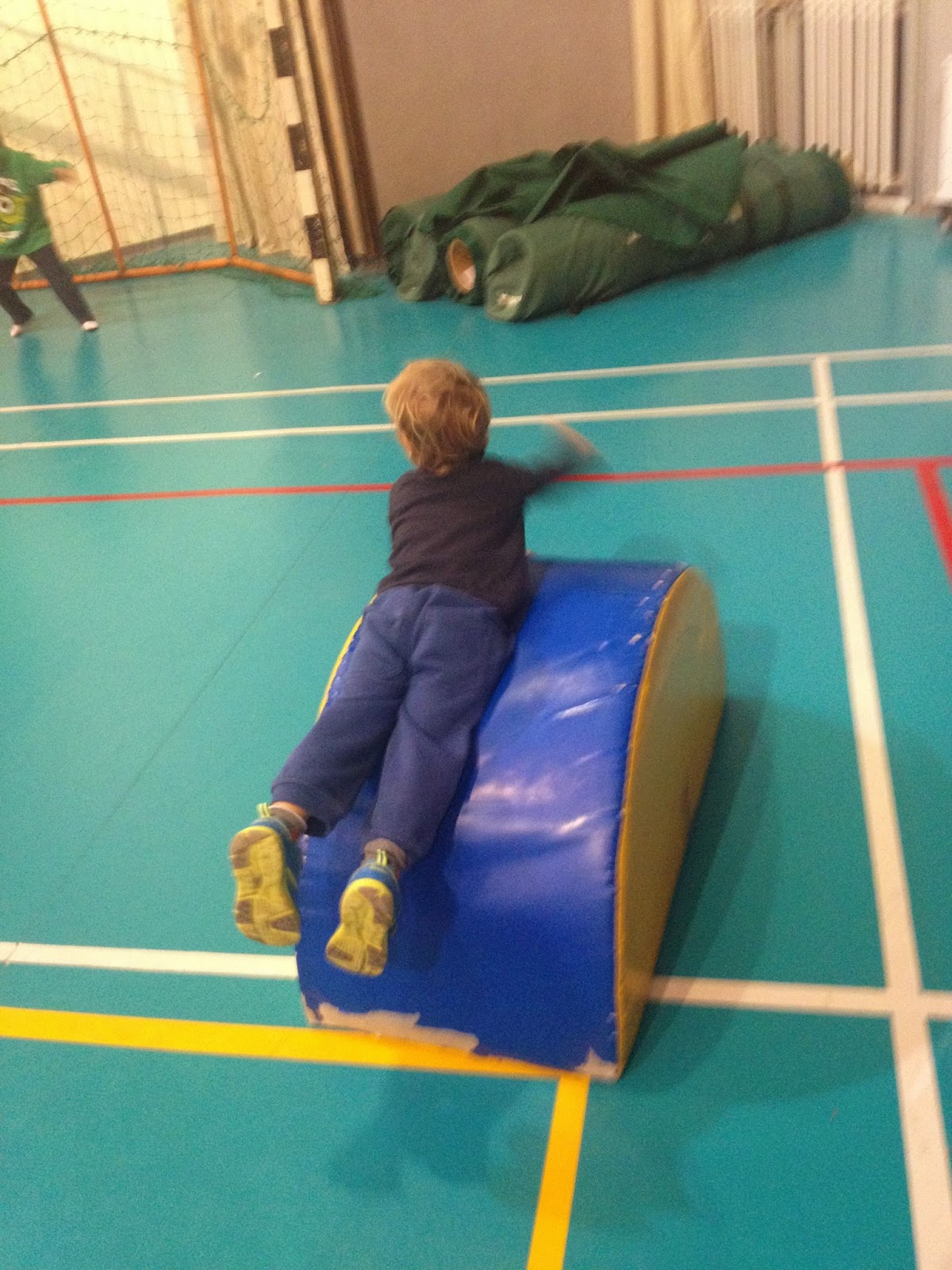 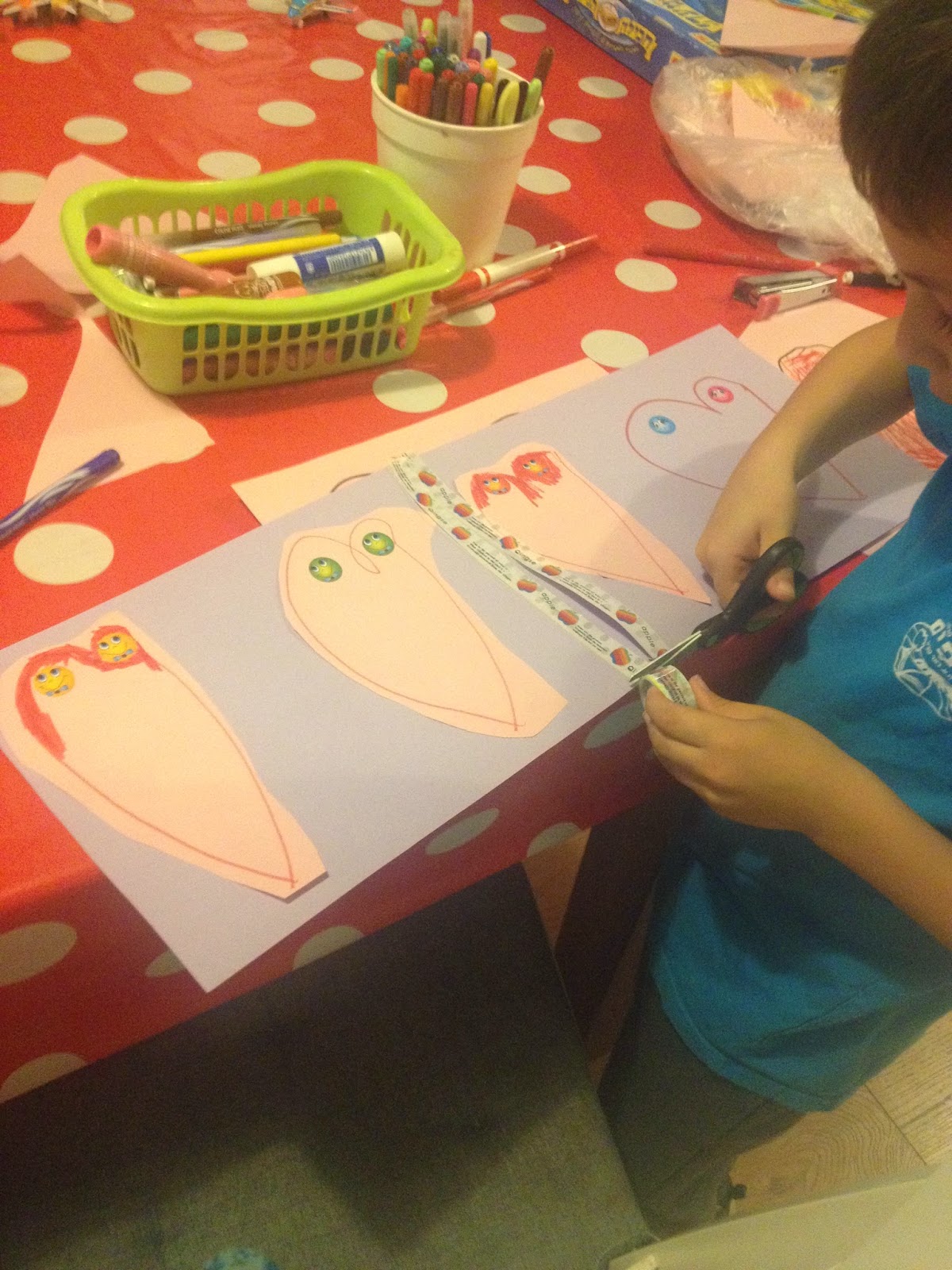 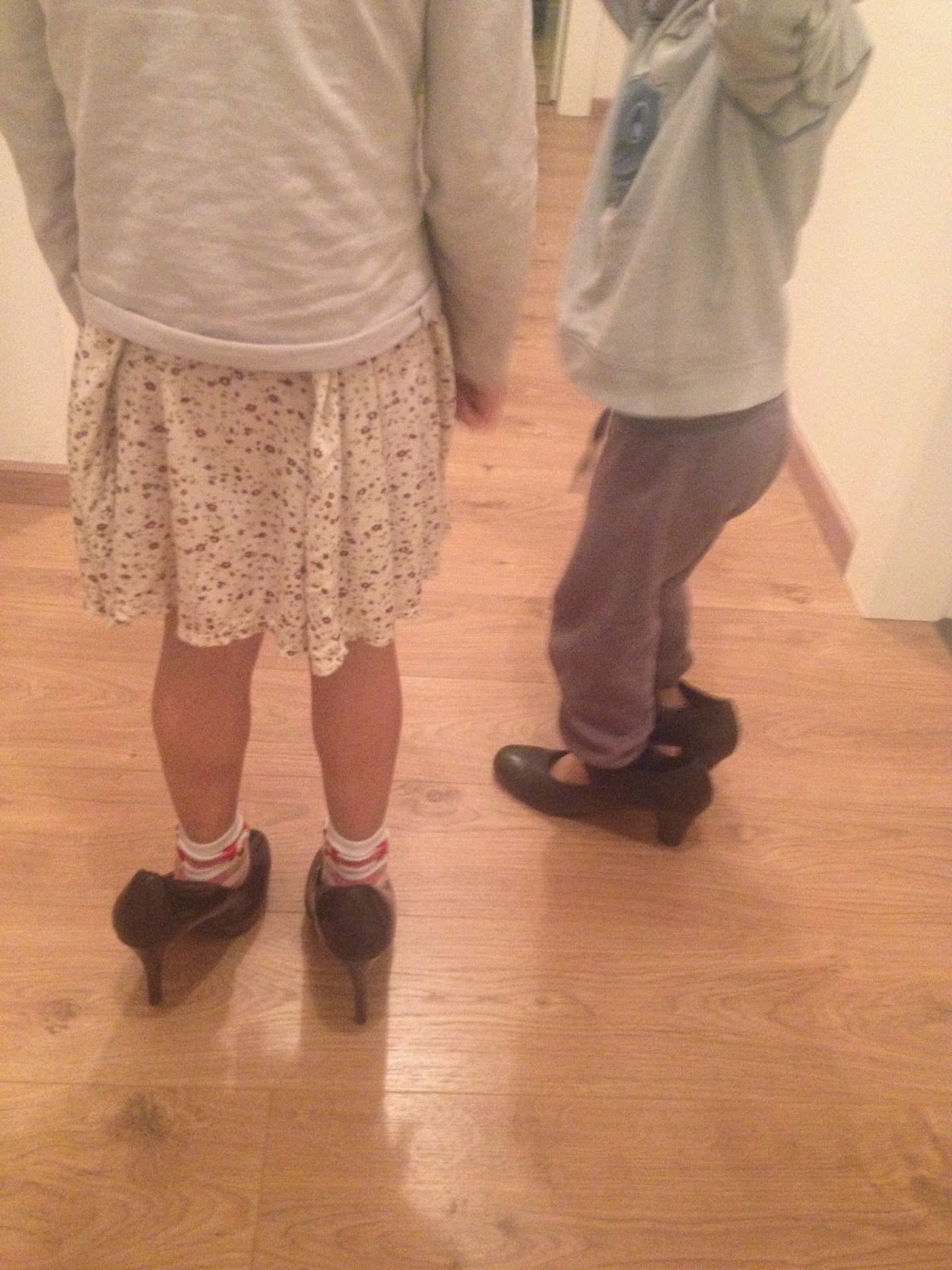 I know how boring it is for other people
to read about and see other's grandchild's photos.
But for me the last 48 hours were a joy.
I did not speak to  grown up person for 48 hours.  It was only me and the 3  of them.
every time I  let them eat some sweets the 6 years boy said: "how spoiled we are". 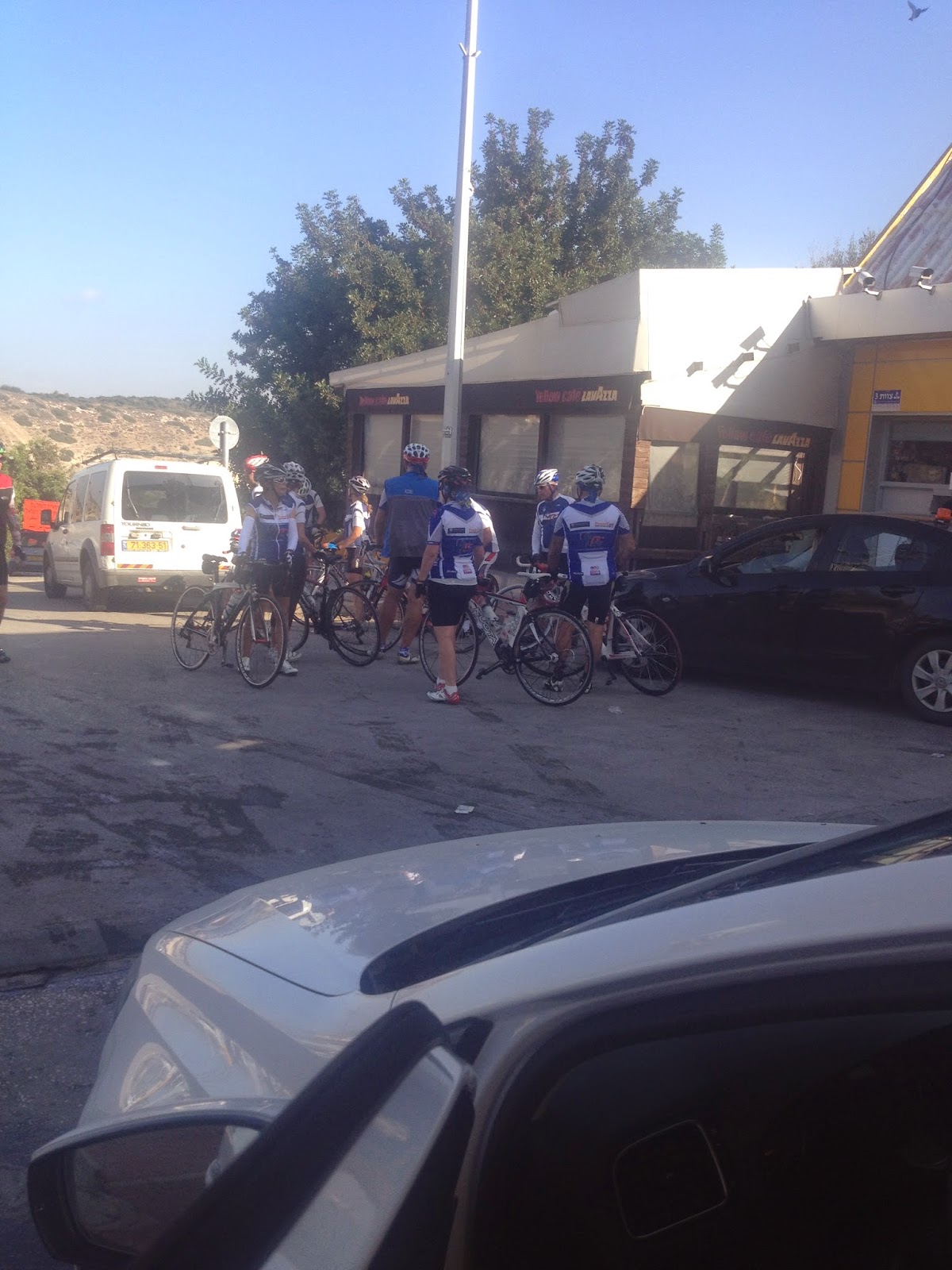 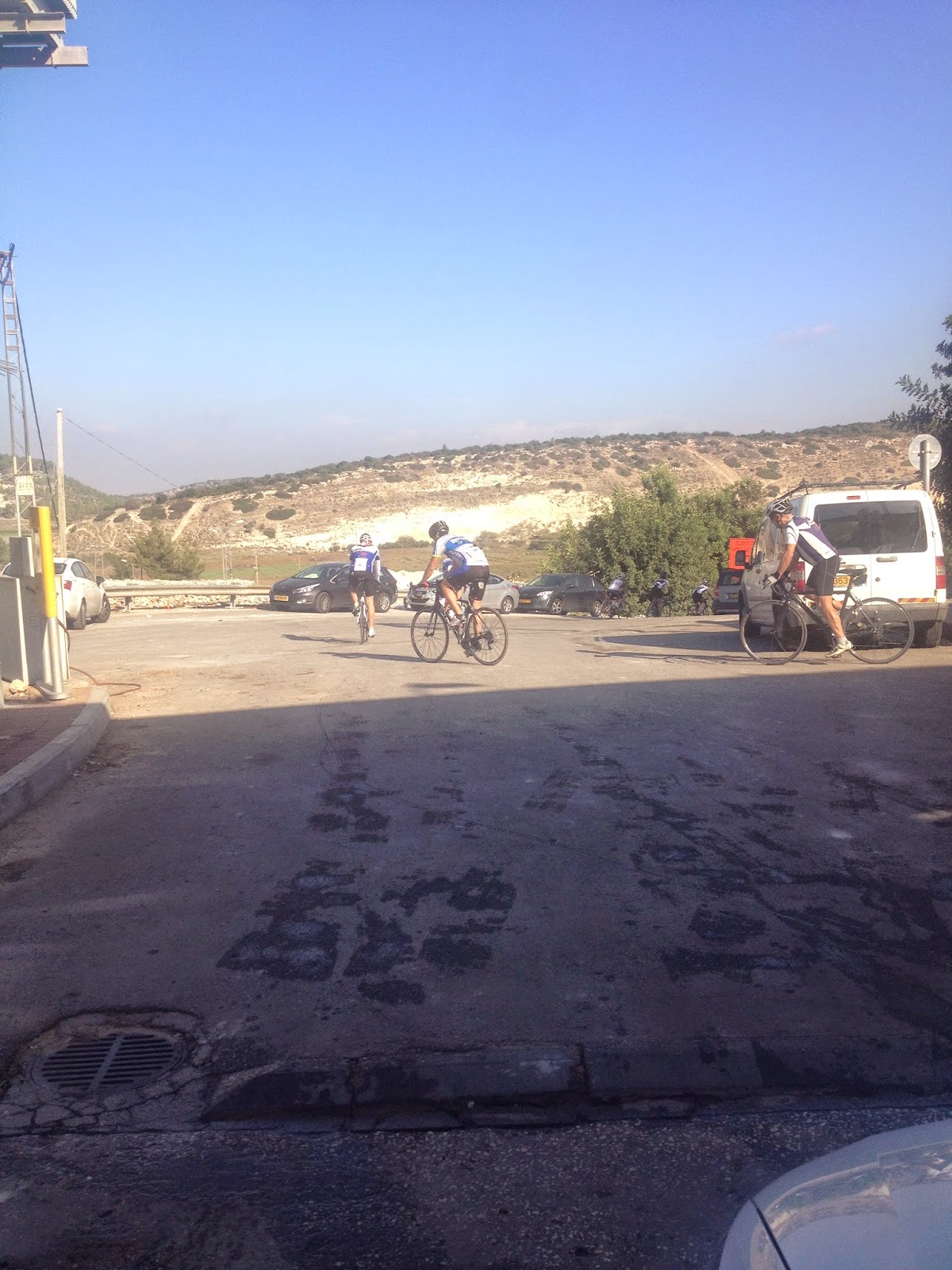 I wanted to write about the signs of normality here.
When the bikes riders are back on the road on Saturday this is one of the signs.
But now things are getting bad again.Fear is the key word.
I have to go to my hair dresser and I am afraid again. Should I come back in one piece or should I be stabbed or shot or get my head wounded by a stone.
I think I shall go.
Posted by Yael at 9:42 AM 7 comments:

When ever paving road near my place,there is something new being discovered.
This time is a Mikve (small pool) fool of cooking pots. candles and more things that were used 1700 years ago.
On the walls of the pool there are signatures of 2 Australians soldiers who were there while WW2.
( the photos are by Asaf Perez).
I discovered those amazing news while I was  in the gas station that I am visiting once a week and only by chance I was looking to the other side of the road. How many more things I miss when I am not looking carefully. 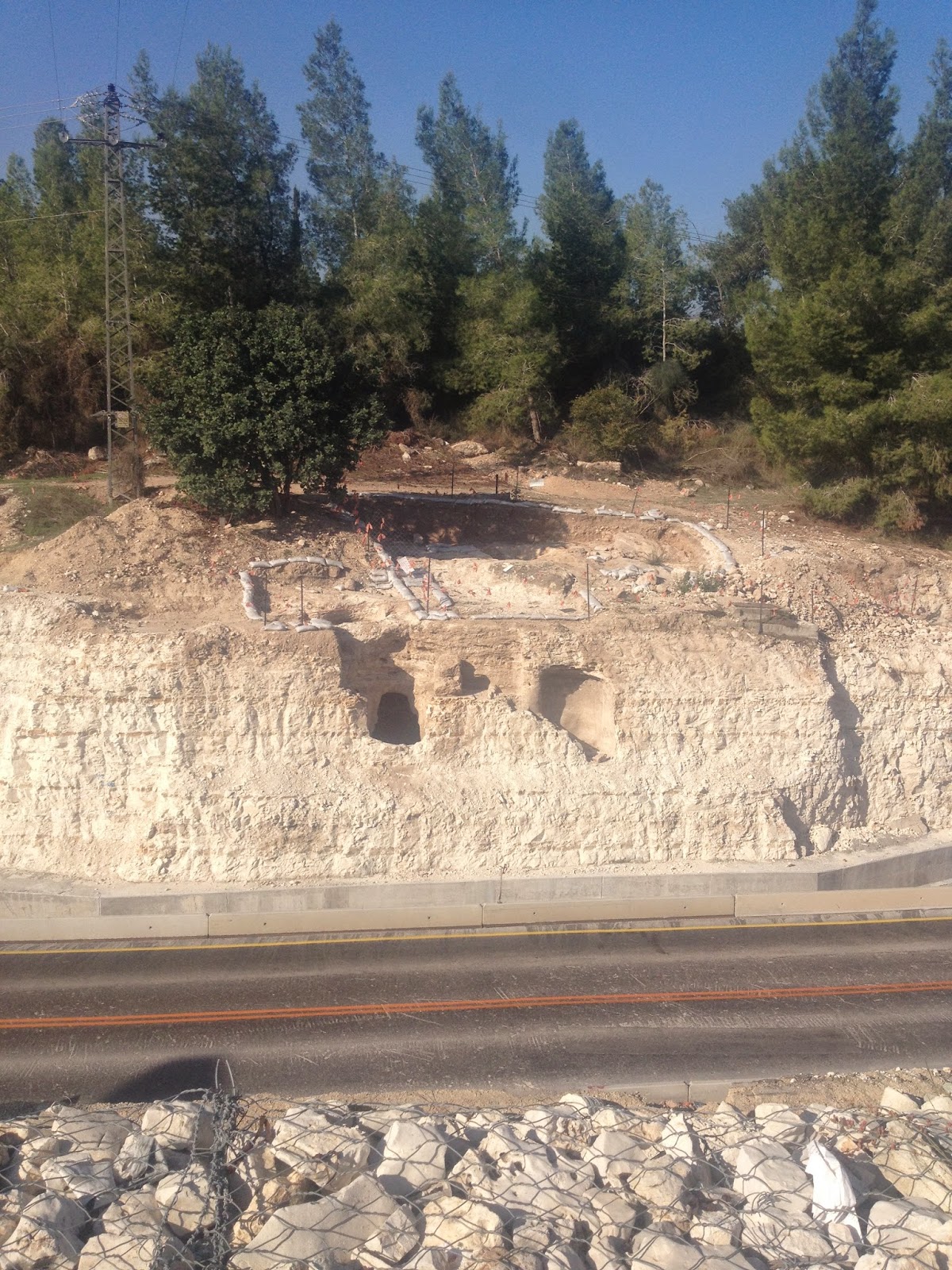 Under the Pine tree 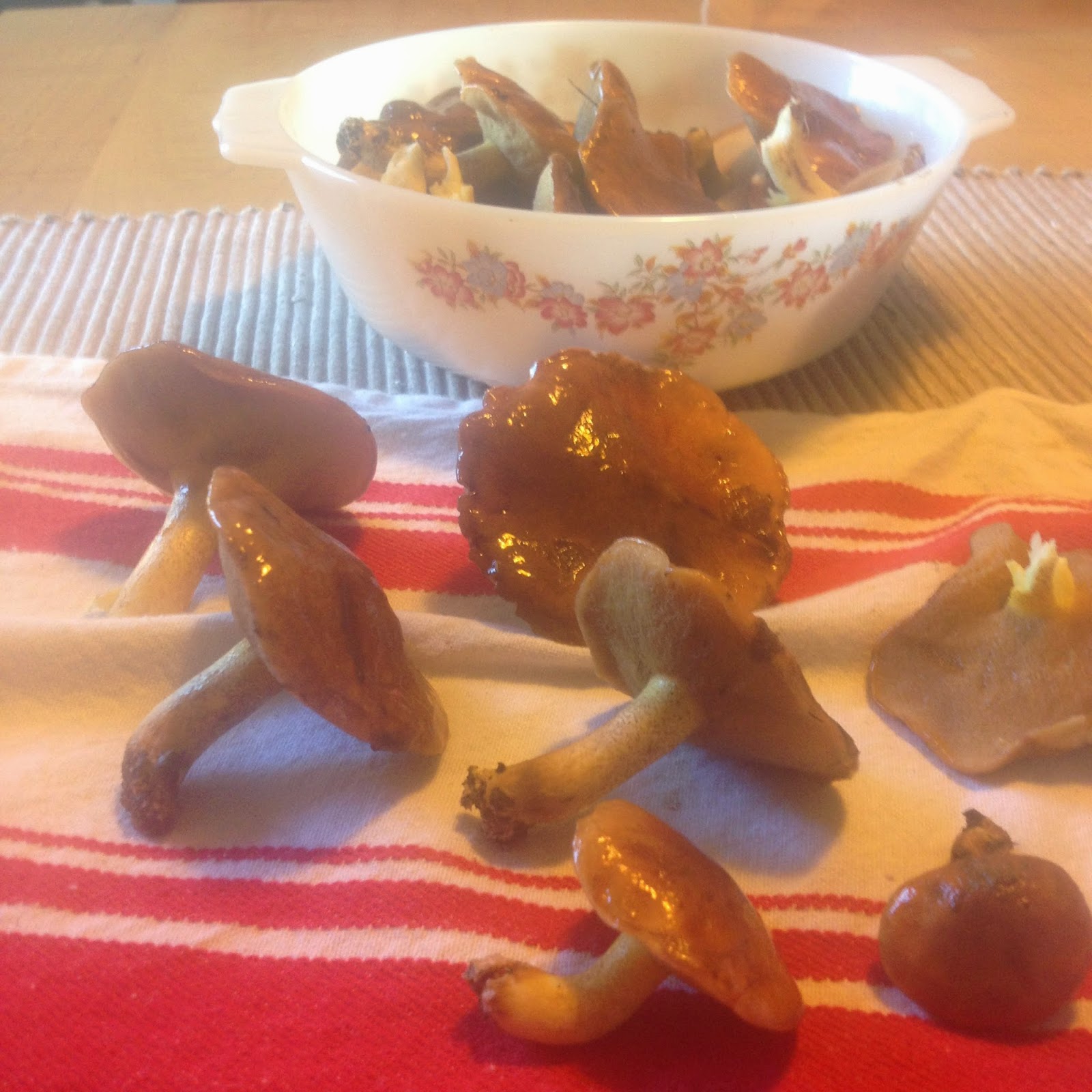 So we have our mushrooms too. Almost like in France...
I had to look under the Olive tree in my garden and there they were.
Those are the only mushroom that I know here that can be cooked.
This is the first and the last day that they can be found. After the first or second rain in the
begining of the winter.They are called after the Pine tree which they are suopose to grow under, but for some reason I have them here under the Olive tree.Somtimes they get like sponge while being cooked so may be this is the reason why only few in my family like them.When I was a child we used to spend hours looking after them in the forests of the north and came home with empty baskets.
I think this is one of the few things in my life that got beter with the years.
Posted by Yael at 5:49 PM 11 comments: 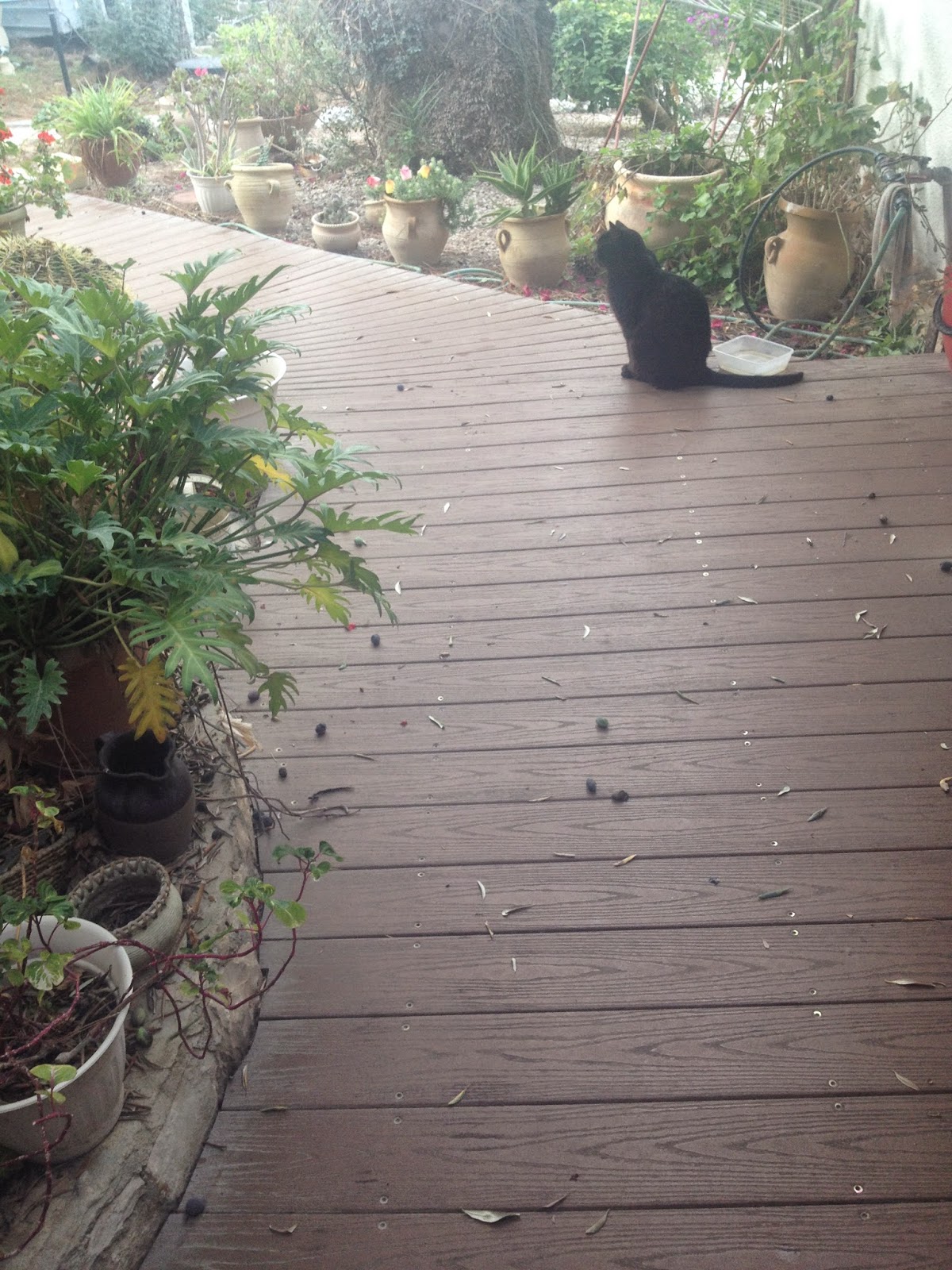 I never had cats before Edmund. It was always dogs since I was a child.
We were told as children that we should avoid passing by black cats because of bad luck.
Than we were told that the Japanese believe that black cats bring good luck. Something was balanced
and black cats were just cats.
Edmund choose to live with us . He just came one day a year ago and  than he brought Sneaky the street cat and they are both seems happy here.
Edmund is the one who takes the time for the meals and calling me loud if I am late (slowly he get used to the time change with the winter clock.
Every morning he sits by the water tape waiting for me to let him drink fresh water.
He lets Sneaky do the hard work of catching the mice on the roof. He  is watching the humans instead and when ever he sees neighbors standing and having a small talk he gets closer and just listening carefully.I got told by several that that what he does many times.
Posted by Yael at 8:32 AM 10 comments:

the day of the snail

I saw the first snail to day.
There was a lot of rain here lately so the snails went out.
I saw somewhere in the FB that people who cars make snail more welcome
to the community by building house  or putting extra things to the humble snails.
Also there is snail extract that reduce wrinkles,and can do wonderful things to the old human skin. 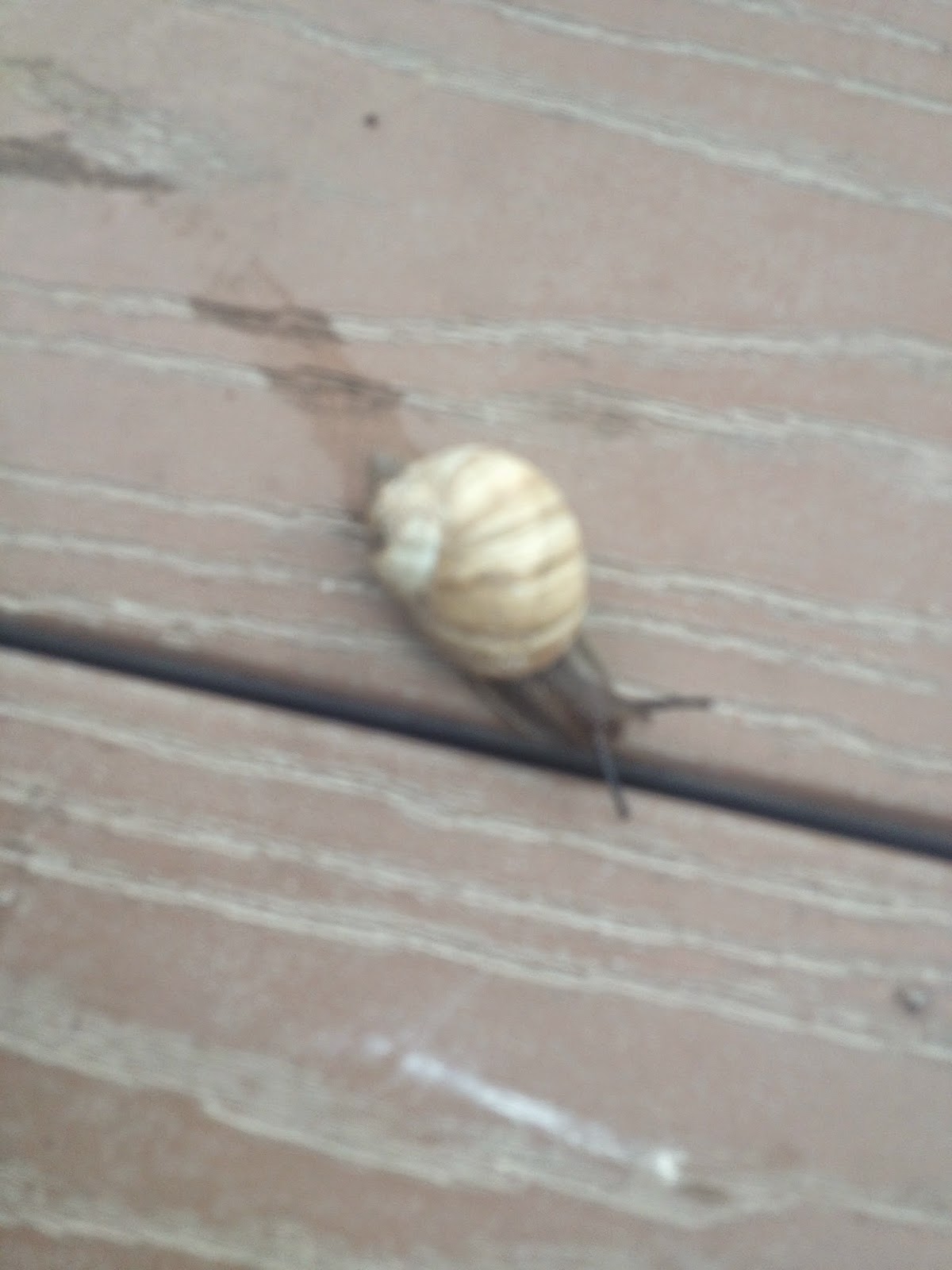 November 3rd is the birthday of Jhon Montagu (1718-3.4.1792).
Who became the first Earl of Sandwich in 1729. Popular myth cradit him with
having invented the sandwich.
That what I found when I googled how long I have to cook the bolognese. I found out
that I am doing it so wrong all the years. So tomorrow I shall do it right. 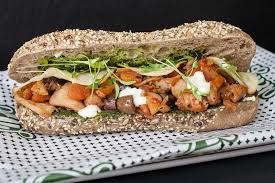 Tomorrow 4 november is the Mustrad day, I read, so I cook the better bolognese some other time.
Posted by Yael at 10:50 AM 12 comments: